> Charging for Housing Act licences: the far-reaching consequences of Gaskin

Charging for Housing Act licences: the far-reaching consequences of Gaskin

On 31 July 2018, the Divisional Court held that schemes for the licensing of houses in multiple occupation (‘HMOs’) under Part 2 of the Housing Act 2004 (‘the 2004 Act’) are authorisation schemes, within the meaning of EU Directive 2006/123/EC (‘the Directive’) and regulations incorporating the Directive in domestic law: the Provision of Services Regulations 2009 (‘the 2009 Regulations’).

The consequence is that the fee for a HMO licence under Part 2 of the 2004 Act and, indeed, for a licence to let other accommodation under Part 3, must be levied in two, separate parts, in accordance with the type A scheme endorsed by the Supreme Court in R (Hemming, t/a Simply Pleasure Ltd) v Westminster CC [2015] UKSC 25; [2015] AC 1600:

Local housing authorities who do not presently have such a fee structure will need to take steps promptly to adopt one. It will not be sufficient to make part of the current one-off fee refundable in the event that a licence application fails.

Richmond-upon-Thames LBC had prosecuted Mr Gaskin for managing or having control of a HMO without a licence, contrary to section 72(1) of the 2004 Act. Mr Gaskin had refused to pay the local authority’s fee to renew his licence, which included a contribution towards the costs of both processing the application and the management and enforcement of the licensing scheme, and to supply details of those occupying the HMO (a matter no longer an issue by the time of the Divisional Court’s decision). He claimed that the proposed fee to renew his licence breached the Directive and 2009 Regulations. Absent the requisite fee, therefore, the local authority refused to grant him a licence. Shortly before trial, he issued a claim for a judicial review, challenging the local authority’s decision not to grant a licence and, among other matters, the lawfulness of its licence fee.

The claim turned on whether, by letting and managing private residential accommodation for a profit, Mr Gaskin was providing a service within the meaning of the Directive and 2009 Regulations.

Article 4(1) of the Directive and the 2009 Regulations define ‘service’ as “any self-employed economic activity, normally provided for remuneration, as referred to in Article 50 of the Treaty“.

The Court held that Mr Gaskin was a service provider. ‘Service’, it held, included the “broadest range of activity“. Indeed, “subject to the requirement that the activity be “self-employed economic activity, normally provided for remuneration, it is unlimited“.

It was common ground that the local authority was a ‘competent authority’, for the purpose of the Directive and 2009 Regulations, and, moreover that the licensing provisions of Part 2 of the 2004 Act were an ‘authorisation scheme’. The corollary, therefore, was that the fee levied by the authority breached Article 13(2) of the Directive and Regulation 18(4) of the 2009 Regulations because it was not limited initially to the costs of the procedures and formalities of the Part 2 ‘authorisation scheme’.

Accordingly, the Court duly declared the fee to be unlawful.

This decision is plainly significant for any local housing authority that does not currently have a Hemming type A fee structure, not just under Part 2 of the 2004 Act, but under Part 3 as well. Clearly, they will need to take steps immediately to ensure that their fee structure is made Directive-compliant. In that regard, it will not be sufficient simply to make part of the current, one-off fee refundable, in the event that an application fails. That would not satisfy the requirements of Article 13(2) of the Directive or Regulation 18(4), above, and is foreclosed by the decision in Hemming. A bipartite fee structure will be required, to which end, it is suggested, the powers conferred by sections 63(2) and (3) and 87(2) and (3) in Parts 2 and 3 of the 2004 Act respectively are wide enough to enable it.

They are also likely to need to address two further issues – the inevitable upshots of the Gaskin decision: (1) claims by previously-unsuccessful licence applicants to recover that part of the fee attributable to the costs of managing and enforcing the licensing scheme, and (b) the need potentially to revisit convictions entered and penalties imposed on those who, because of a refusal or inability to pay the full amount of the authority’s fee, were successfully prosecuted or penalised for managing or having control of privately rented accommodation without a licence.

Local authorities will also need to assess their schemes for other potential breaches of the Directive and 2009 Regulations which also require, for example, that authorisation procedures and formalities are easily accessible, not dissuasive and do not unduly complicate or delay the provision of a service. Authorities that do not already provide a streamlined process for multi-licence applications, e.g. for Part 3 licences for two or more flats in a block, under common control or management, may need to customise their schemes, so that the applicant provides information common to all of the applications, e.g. personal information, details of landlord accreditation, previous convictions etc, once only.

Absent a successful appeal against the Divisional Court’s decision, therefore, the financial and administrative consequences of Gaskin for local housing authorities nationwide may well be far-reaching.

Dean specialises in housing, public and administrative law. He is currently writing Cornerstone on Mandatory, Additional and Selective Licensing, due for publication next year. 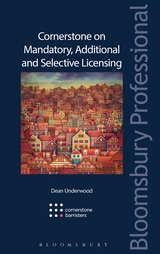