> Contract Law in the Supreme Court: a sensible break with the common law?

Contract Law in the Supreme Court: a sensible break with the common law?

The Supreme Court was asked to rule on whether a written agreement which contained a non-oral modification term (or NOM clause) could be varied other than in accordance with that clause. It was also asked to consider whether practical benefit can be consideration and overrule or distinguish Foakes v Beer (1884) 9 App Cas 605 (a party can’t agree to accept £80 if owed £100 – but can accept £80 plus a peppercorn).

The background facts are set out in our case update on 2 February 2018. In summary, the parties to a serviced office licence agreed to vary its terms to allow the payment of arrears over the remaining term. That variation was done orally by employees who had sufficient authority for which there was practical benefit consideration for the licensor. The Court of Appeal held that the oral variation overrode a NOM clause in the original licence.

1) The Supreme Court allowed the appeal and it aligns English and Welsh common law with international commercial contract codes and the United States Uniform Commercial Code. It breaks with the remaining common law world. The majority (with Lord Sumption delivering the judgment) held that a contract with a NOM clause can only be varied through the mechanism of the NOM clause. Lord Briggs has held, less radically, that a NOM clause can be varied orally as long as the contracting parties explicitly refer in that oral variation to their agreement not to be bound by the NOM clause.

2) All the Supreme Court judges agree that a party can be prevented from relying on a NOM clause (and thus be bound to an oral variation) if there has been reasonable reliance and estoppel (Lord Briggs also holds that a NOM clause can be overridden by necessary implication).

3) In England and Wales (and most other common law countries) there was no certainty of the effect of NOM clauses. A number of cases – including this case in the Court of Appeal and Globe Motors Inc & Ors v TRW Lucas Varity Electric Steering Ltd [2016] 1 CLC 712 – had championed ‘party autonomy’ and held NOM clauses not legally effective because “those who make a contract, can unmake it.” Lord Sumption holds that it is a fallacy to think that unconditional ‘party autonomy’ even exists after a contract is made. The behaviour of the contracting party is then governed by the terms of the contract. They have agreed to be constrained by the terms of the contract. At §11 Lord Sumption notes: “Party autonomy operates up to the point when the contract is made, but thereafter only to the extent that the contract allows.”

4) Certainty trumps flexibility. Where there is a NOM clause it will prevent unmeritorious arguments of oral variation; avoid misunderstandings about the terms of any oral variation; and enable companies to avoid the risk that an individual employee agrees a variation that would not be agreed by the company (§12).

5) Can the restrictions of the NOM clause be totally avoided by estoppel? No – “the scope of estoppel cannot be so broad as to destroy the whole advantage of certainty [obtained with a NOM clause]. At the very least, (i) there would have to be some words or conduct unequivocally representing that the variation was valid notwithstanding its informality; and (ii) something more would be required for this purpose than the informal promise itself” (§16).

6) On the facts of this case Rock had not relied on the oral variation sufficiently to raise any estoppel defences.

7) Whilst recognising that the rule in Foakes v Beer was “probably ripe for re-examination” it did not need to be answered in this appeal because the NOM clause bound the parties regardless of what ‘practical benefit’ consideration was given for the oral variation.

8) Lord Briggs prefers to leave open the possibility at least that parties can orally contract to avoid a NOM clause. This approach is an “incremental development of the common law which accords more closely with the conceptual analysis adopted in most common law jurisdictions” (§32). It was in contrast to the majority position, which involves a clean break with the common law. Lord Briggs could not follow the majority as there was no “pressing need to modernise the common law [that] justifies such a break” (§32).

Has flexibility really been sacrificed for certainty? The Supreme Court thinks not. It doubts that there will actually be very many situations where a variation is so urgent that it cannot be reduced to writing before the parties act on the variation. 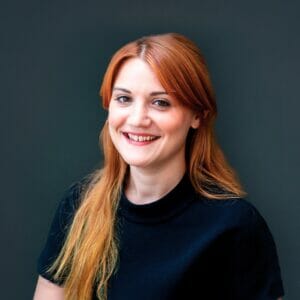