In the first appellate court decision on the issue, the Court of Appeal has confirmed that the Valuation Tribunal (“VT”) has exclusive jurisdiction to determine disputes relating to the calculation of Council Tax and that this jurisdiction excludes a freestanding common law claim in restitution.

Mr Lone issued a claim in the County Court for recovery of sums described as ‘overpayments’ of Council Tax. He claimed that he was entitled to a single person discount (“SPD”) for a historic period between 2006 to 2008, and from 2013 to date (see section 11 Local Government Finance Act 1992 (“LGFA 1992”)).

The Council failed to file a directions questionnaire in the proceedings, as a result of which its Defence was struck out. The Council then instructed solicitors, who immediately sought relief from sanctions under CPR 3.9. That application was refused by DDJ Jacobs, who consequently entered judgment against the Council.

The Council appealed this decision. The crux of its appeal was that the County Court had no jurisdiction to entertain the claim, nor by extension to grant judgment in the Claimant’s favour. HHJ Hellman determined the appeal in the Council’s favour, set the judgment aside and dismissed the claim.

Mr Lone appealed to the Court of Appeal. He argued that:

The Council argued that:

The Court of Appeal unanimously agreed with the Council’s submissions.

It considered the relevant statutory provisions in detail, including noting that:

In giving the main judgment of the Court, Arnold LJ held:

“In my judgment the Council’s analysis of the statutory scheme is correct, and it is implicit that the jurisdiction of the Valuation Tribunal to determine the correct amount of council tax payable under section 16(1)(b) of the 1992 Act is exclusive. It follows that the County Court has no jurisdiction over such issues under section 16 of the 1984 Act.“

“Counsel for the Council submitted that the restricted right of recovery conferred by section 16(1)(b) of the 1992 Act was indeed inconsistent with there being an unrestricted common law right for the same reasons that he relied upon in relation to section 16 of the 1984 Act… In my judgment the Council is correct on this question. Accordingly, Mr Lone has no common law claim for unjust enrichment. The only remedy available to a taxpayer who wishes to complain about allegedly overpaid council tax is to appeal to the Valuation Tribunal.“

The Court left open the more vexed question as to whether an action in restitution was an action ‘founded on contract’ for the purposes of section 15 CCA 1984, though Underhill LJ expressed the “strong provisional view” that it was.

The decision provides welcome clarity for both billing authorities and taxpayers. As Arnold LJ pointed out, “this should not be a hardship for aggrieved taxpayers. As discussed above, the Valuation Tribunal is a specialist tribunal. Unlike the County Court, it does not charge fees in this kind of case. Its procedures are informal, and well adapted to litigants in person. And the fact that it has no power to make an order for costs protects taxpayers from the risk of an adverse order if they are unsuccessful.” 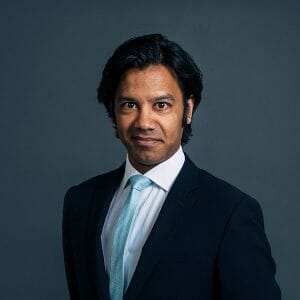