At 11pm on 31 December 2020 (the implementation period (“IP”) completion date) the UK withdrew from the EU. What effect has this had on local authority assessments of eligibility for homelessness applications and allocations made pursuant to Parts 6 and 7 of the Housing Act 1996 (“HA 1996”)?

Feedback from local authorities is that it has definitely added an additional, and, in these times when local authorities are hard pressed dealing with the effects of Covid-19, a not entirely welcome layer of complexity to the already difficult world of eligibility assessments, and all this at a time when there is less scope for putting on internal training for front line officers on what to do.

It would take a half day seminar to get to grips with it all and so what follows are key points aimed at smoothing the way in the interim and/or to provide an indication of where the officer should look next for a fuller understanding. I’ll use the homelessness provisions for England in this article to keep it simple.

Thankfully, also on 31 December 2020, the Ministry of Housing Communities and Local Government updated the Homelessness Code of Guidance for Local Authorities as well as the Allocation of Accommodation: Guidance for local authorities to provide well, guidance, on what to do. They may make difficult or incomplete reading though.

Key here for officers to hold in mind is that the political term ‘settled status’, granted under the EU Settlement Scheme (“EUSS”) (which itself is another political phrase as the applications are actually assessed pursuant to the Immigration Rules Appendix EU), denotes a grant of indefinite leave to remain (“ILR”).  As such, EEA nationals are now, as with any other person from what sometimes is referred to as ‘third countries’, persons subject to immigration control.

This is, for those wishing to be pointed to the legislation, because section 7(1) of the Immigration Act 1988, which provided that those exercising an enforceable EU right to enter or remain, do not require leave to enter or remain (and thus were subject to immigration control pursuant to section 3(1) Immigration Act 1971) has been repealed (subject to savings provisions) by paragraph 1 schedule 1 of the Immigration and Social Security Co-ordination (EU Withdrawal) Act 2020).

However, all the officer needs to know is that they can apply their normal learning of what they do to assess eligibility of a person who can evidence a grant of ILR. As a reminder this is to check whether they fall within one of the classes of those who are a person from abroad and thus subject to immigration control but brought back into eligibility by regulation 5 of the Allocation of Housing and Homelessness (Eligibility)(England) Regulations 2006 (“the 2006 Regulations”).  EEA Nationals with settled status will be brought back in by Class C subject to habitual residence considerations.

Key here for officers to hold in mind is that EEA Nationals with pre-settled status (which denotes a grant of limited leave to remain (“LTR”)) are to be assessed in the same way as they assessed EEA nationals before the IP completion date.

This is that they are deemed to be considered a person from abroad who is not subject to immigration control and therefore their eligibility depends on whether they are exercising a relevant EU right to reside within regulation 6(2) of the 2006 Regulations  – for example as a worker or self employed person within the meaning of the Immigration (European Economic Area) Regulations 2016 (“EEA regulations”) and associated legal framework.

The legislative framework behind this is contained within schedule 4 paragraphs 5 and 6 of the Immigration and Social Security Co-ordination (EU Withdrawal) Act 2020 (Consequential, Saving, Transitional and Transitory Provisions) (EU Exit) Regulations 2020/1309 (“EU Exit regulations”) which provides that a person of the ‘post period transition group’ is not to be treated as a person subject to immigration control for these purposes.  A person is in the ‘post period transition group’ if they have been granted limited leave to enter/remain pursuant to Appendix EU (section 17 European Union (Withdrawal Agreement) Act (“EU(WA)A”) and paragraph 1 schedule 4 of the EU Exit regulations).

This assessment includes in my view, though no doubt this will be the subject of litigation, an actual assessment of their eligibility status at the time of the homelessness application (date of decision). This is because evidence of a grant of LTR does not necessarily indicate eligibility for homelessness assistance. In turn this is because first, the criteria for a grant of LTR are wider than those rendered eligible pursuant to regulation 6 of the 2006 Regulations. For example a Zambrano carer may apply for LTR but is not eligible for homelessness assistance.  Paragraph 7.17 of the Homelessness Guidance gives other examples (the initial 3 months right to reside and jobseekers).

Secondly, under immigration rules EU14/14A the Secretary of State grants LTR if, at the date of application, the relevant criteria are fulfilled.  Immigration rule EU4 then requires that the applicant continues to meet the eligibility requirements (as relevant) that they met at date of application. There is thus scope to say that the grant of LTR does not evidence a later compliance with the homelessness eligibility rules.

There are two key points here for officers to note.  First who is a grace period applicant? Second how are they to be treated?

Grace period applicants are also to be assessed in the same way as officers assessed EEA nationals before the IP completion date until application deadline date or the application/appeal has been finally determined.

This is as a result of the provisions of the Citizens’ Rights (Application Deadline and Temporary Protection) (EU Exit) Regulations 2020. The application deadline date is 30 June 2021.

Interestingly the Homelessness Guidance does indicate that officers should assess eligibility, ‘at the time of the initial application for homelessness assistance, particularly where a substantial amount of time has elapsed since the original application’ in  grace period cases where the application has yet to be determined (at paragraph 7.34(b)(ii)) but is silent where a grant of LTR has been made.

This will likely be a more unusual category of applicants for officers. Key here is to assess who is a frontier worker.  If they are a frontier worker then it is easy – they are to be treated as a person who does not require leave to enter or remain and are brought back into eligibility via regulation 6(2) of the 2006 regulations

A frontier worker is a person, who immediately before IP completion date and continuously thereafter is an EEA national that is not primarily resident in the UK but is a worker or self-employed person in the UK (regulation 3 The Citizens’ Rights (Frontier Workers) (EU Exit) Regulations 2020 (“Frontier Workers regulations”))). This right may be indicated by a frontier worker permit but, as it is only proof of status at date of issue, the officer will have to determine the applicants status afresh as time of the application (regulation 8  Frontier Workers regulations).

The legislative underpinning is via regulation 5 of the Frontier Workers regulations – frontier workers do not require leave to enter or remain as long as they are exercising a frontier worker right. They are also exempt from the habitual residence rules (the 2006 regulations as amended by regulation 71(4) of the EU Exit regulations). This latter provision may mean increased officer scrutiny of whether an applicant is homeless in his country of residence.

While these four key points should provide officers with a running start as ever there are additional categories/criteria that may need to be considered in any individual case. 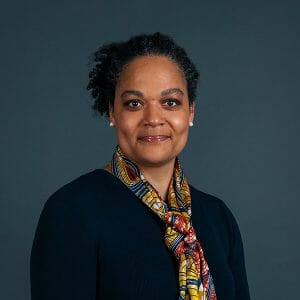