Paul Marshall, though by experience a commercial lawyer, acted pro bono for three of the 42 convicted postmasters in their appeals against convictions, on prosecutions brought by the Post Office on referral by the Criminal Cases Review Commission of their convictions to the Court of Appeal Criminal Division in June 2020 (s. 9 of the Criminal Appeal Act 1995). What has become known as “the Post Office scandal” has exposed the most widespread miscarriage of justice in English legal history.

In 2020, Paul,with his junior Flora Page instructed by Aria Grace Law, among all the lawyers for the appellants in the 42 appeals, were alone on behalf of their clients in contending that the Court of Appeal should hear and determine as a separate ground of appeal “second category abuse of process” (that is, in effect, that the Post Office, by its conduct as prosecuting authority, subverted the integrity of the criminal justice system). It was a ground of appeal that was ultimately successful and was to be of decisive importance for all the successful 39 appellants – and for all subsequent appeals. Since then there have been a further 31 successful appeals. It is anticipated that there will be hundreds more.

Paul was also responsible for eliciting from the Post Office the most important document in the appeals, an infamous document that has since become known as “the Clarke Advice”. The document revealed that, from 2013, the Post Office knew that, in many cases, evidence that the Post Office (as private prosecutor) had relied upon in its prosecutions of its postmasters and employees was incomplete and flawed. The Post Office went to great lengths to avoid disclosing that knowledge. Many of those convicted had been imprisoned and lost their livelihoods, and in many cases they had also lost their homes.

The late emergence of the Clarke Advice, and the finding by the Court of Appeal on second category abuse of process, fundamentally changed the appeals. It had the consequence, after delivery of the Court of Appeal’s judgment of 23 April 2021, of causing the government to elevate the inquiry, chaired by the former High Court judge Sir Wyn Williams, to a full statutory public inquiry from 1 June 2021.

Paul was caused to withdraw from representing his clients by a doubtful threat from the Court of Appeal of contempt of court, for his having passed a copy of the Clarke Advice to the Metropolitan police, a threat eventually withdrawn only five months later.

On 30 March 2022 Paul, at a lecture chaired by the Honourable Mr Justice O’Hara, gave an address to Queen’s University Belfast, Institute of Professional Legal Studies. His address provoked lively discussion from a distinguished audience.

The text of the paper that was the basis for his address is available on his profile. The paper explains how Paul identified the Clarke Advice and discusses and explains how legal and structural problems in the English justice system enabled the Post Office to exploit its vulnerabilities for 20 years. He raises the question as to whether the Post Office’s conduct might not disclose the offence of perverting the course of justice.

There was a BBC1 Panorama program on the Post Office scandal – one year on, on BBC1 on Monday 25 April 2022 for which Paul was interviewed by the BBC. 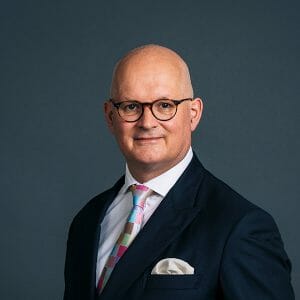