The complainant had brought a private prosecution at Bexley Magistrates’ Court under section 82 of the Environmental Protection Act 1990 (“EPA”), alleging that the presence of mice at her council property constituted a statutory nuisance contrary to section 79 EPA. The Court had to determine whether, on 7 September 2021, the date the information was laid, a statutory nuisance by way of mice infestation existed in her home. The defendant recognised there had been mice activity at the property, but said this had been abated by the relevant date, following measures being taken over several visits to the property.

In cross-examination, the complainant’s expert suggested that a statutory nuisance exists, and that – by extension – criminal liability arises, whenever there is mice activity at a property, regardless of the nature and severity. He also confirmed that his report categorised what he had observed at the property as a Category 2 Hazard, which Government Guidance suggests is “less severe”, giving local authorities an option to act “if they think it necessary”. Following other concessions, the Court was invited to dismiss the case and record a not guilty verdict on the basis of the second limb of Galbraith, as it had not, on the prosecution’s evidence alone, been shown that the Court could be sure that a nuisance prejudicial to health had existed on 7 September 2021.

The Court agreed that there was no case to answer on the basis that, taking the prosecution’s case at its highest, there was insufficient evidence to convict, noting that the expert evidence lacked details, and that the evidence of mice activity at the relevant date was minimal.

The outcome was significant given the prosecution’s costs which, at the time of trial, amounted to just under £19,000. Had the complainant succeeded, the defendant would have been liable to pay the prosecution’s reasonable costs under section 82(12) EPA. Remarkably, between the previous hearing and the trial, the complainant’s solicitors had primarily produced an updated trial bundle (the need for which was contested), yet their costs had increased by a staggering £6,000, a fact the judge strongly criticised at the outset of the trial.

Magistrates’ courts have no jurisdiction to award successful defending local authorities their costs in criminal matters (recourse to central funds is only available where defendants are individuals), so no order as to costs is the best result that can be achieved. Thus, costs will inevitably be incurred in these types of cases, whether successful or not. However, if unsuccessful, the financial consequences can be significant. Therefore, the case is a reminder to, first of all, ensure that no statutory nuisance exists at local authority properties. Second, if the evidence for an alleged statutory nuisance is weak, any offers to settle should be carefully considered as it is not inevitable that prosecutions of this nature will succeed.

Dr Christina Lienen acted for the Royal Borough of Greenwich. 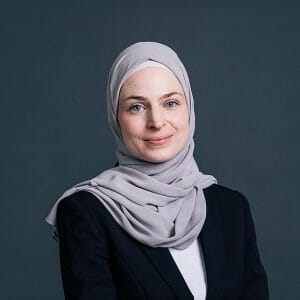