> A blight on our modern society: local authority secures an unlawful profit order for subletting since 2003

A blight on our modern society: local authority secures an unlawful profit order for subletting since 2003

The London Borough of Southwark holds the largest stock of council houses of any local authority in London and, like many other social landlords, has, in recent years, made efforts to identify cases of the use of those council houses by persons other than the tenants.

On 29 October 2021, one such investigation, led to the authority obtaining a forthwith possession order alongside an unlawful profit order in the sum of £113,393.22. Costs were awarded to be assessed on an indemnity basis.

The authority’s case was that since around December 2003, the secure tenants had not occupied the property. Since that date, not only had the tenants long ceased to reside at the property but they had sublet and parted with possession of the whole.

The investigation into the case began around early 2018 after a visit to the property following an allegation of noise nuisance. After initial investigations, a notice to quit was served. The investigations continued and a claim for possession and unlawful profits was issued.

The claim was defended by one of the tenants (the other having been debarred and abandoning any defence earlier in proceedings) who, prior to the PTR, decided she no longer wished to resist the claim. At the PTR, the local authority sought to prove its case.

Following submissions on the evidence and the legal framework under the Prevention of Social Housing Fraud Act 2013, His Honour Judge Luba QC – who described such subletting as a “blight on our modern society” – found as follows.

(a) The property had been sublet and the tenants had parted with possession of the whole so that security of tenure was lost pursuant to section 93, Housing Act 1985.
(b) The notice to quit operated so as to end the contractual tenancy and a possession order should be granted forthwith.
(c) The criteria in section 5, 2013 Act was satisfied: there has been subletting and parting with possession in breach of express and implied terms of the tenancy, the tenants were not occupying the property as their only or principal home and a tenant had received money as a result of that conduct.

As a result of the above, an unlawful profit order for the amount sought and calculated by the local authority – £113, 393.22 – along with interest at 8% for a period of two years. The judge also accepted that the Defendants’ conduct had taken the case out of the norm and awarded costs to be assessed on an indemnity basis.

The Judge, commenting that there was “not a starker case”, commended the thorough investigation by the authority. 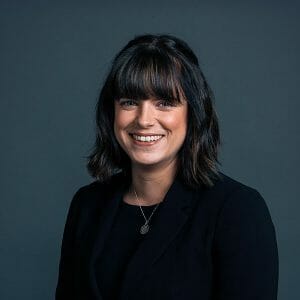