After a four week call-in inquiry held in June and July 2018, the Secretary of State (SoS) by letter dated 19 July 2019 has dismissed an appeal proposing a landmark tall building in West London, the so-called ‘Chiswick Curve’ (together with an associated appeal for advertising consent).

If allowed and built, the Chiswick Curve would have been the tallest building in West London, at 32 storeys with a maximum height of 120m AOD. The proposal included 327 residential apartments (116 affordable), together with office and restaurant/retail uses.

The site lies adjacent to the Chiswick roundabout and the M4, and has been identified by the London Borough of Hounslow (LBH) as suitable for a landmark tall building as part of its ambitions for the Great West Corridor.

There was an extant permission for a 13 storey building on the site, the so-called ‘Citadel’. However, LBH took the view that the proposal was simply too big in terms of height, mass, and scale, with harmful consequences.

The appellant argued that the design, by renowned architect Christophe Egret, was of such quality that the building would be recognised as a world-class building which would become a symbol of London. As LBH put it, however, the appellant treated the design as an all-conquering trump card, whereas the design of a building which did not respond sensitively to its heritage environment was thereby flawed. Whereas the Inspector did not treat the design as overcoming harm on a simple heritage balance, he did treat it as a significant benefit of the scheme. The SoS disagreed, concluding that the design was not “of such high quality as to be a brilliant response to its immediate context”.

It was common ground that LBH has a five-year housing land supply. However, the SoS attributed only moderate weight to the provision of housing including affordable housing in the planning balance. Although both the appellant and the Inspector pointed to rising housing targets as a result of the Draft Replacement London Plan, the SoS said that only limited weight could attach to the DRLP at this stage.

The SoS concluded therefore that the less than substantial harm to heritage assets was not outweighed by the public benefits of the scheme. 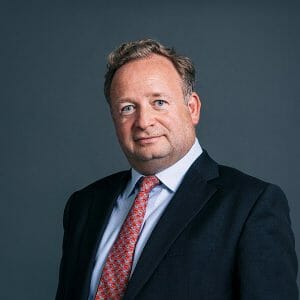