In a decision that illustrates the risks for local authorities who exercise their emergency powers under s. 78 of the Building Act 1984 to close dangerous premises, the Court of Appeal has today dismissed an appeal by Hastings Borough Council against a decision that it is liable to pay compensation to the assignee of an operator of a bingo hall and amusement arcade on Hastings Pier in Hastings BC v Manolete Partners PLC [2014] EWCA Civ 562.

The claim for compensation arose out of the Council having taken emergency action under s. 78 BA 1984 to prevent public access because the Council received an expert report that the pier was in danger of collapse if it became overloaded. The Claimant claimed compensation from the Council in respect of lost profits as a result of the closure.
Under s. 106 BA 1984, a local authority is required to make full compensation to a person who has sustained damage by reason of the exercise by the authority of any their powers under the Act, but not in relation to a matter as to which the party claiming compensation has been “in default”. The Council had argued that the Claimant’s claim for compensation could not succeed because (i) the Claimant was “in default” within the meaning of s. 106, by admitting the public to premises which were dangerous in breach of the Occupier’s Liability Act 1957 and its duty to employees under the Health and Safety at Work Act 1974, and (ii) in any event the ex turpi causa rule, that a person should not be compensated for the consequences of his own criminal conduct, should apply.

The Court of Appeal held that:

(2) The ex turpi causa rule did not operate to prevent the Claimant’s claim and would not do so, even if the Claimant was in breach of the OLA 1957 or the HSWA 1974 (which attracts a criminal sanction).

While the Court “expressed sympathy” for the position of the Council, which was effectively being asked to compensate the Claimant for preventing it from admitting the public to dangerous premises, it held that this could not affect the operation of the statutory scheme.

The decision demonstrates that local authorities which take emergency action under s. 78 BA 1984 to close business premises lay themselves open to potentially significant claims for compensation from tenants who have no responsibility for the repair of those premises. 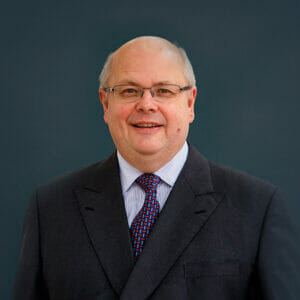