At the centre of these cases was section 3 of the Protection from Eviction Act 1977. The section requires landlords and licensors of dwellings to recover possession through court proceedings. This rule is subject to a list of specific exceptions in section 3A. For example, there are exceptions for accommodation provided under the Immigration and Asylum Act 1999 and for local authority hostels.

The legal issues were: (1) was interim accommodation, licensed to homeless applicants while their cases were being assessed, “occupied as a dwelling” within the meaning of the Protection from Eviction Act 1977 and (2) if not, was their eviction without possession proceedings a violation of the applicants’ right to respect for their homes under article 8 of the European Convention on Human Rights? The homeless Appellants argued that the answer to both of these questions was “Yes”.

The essential problem from a local authority perspective was that, if either of the Appellants’ arguments was right, authorities would have to apply for court orders to evict homeless applicants from interim accommodation, once it had been decided that no housing duty was owed to them. This process would take several months and thus lead to a substantial waste of the limited affordable stock for housing the homeless (particularly scarce in London). Under existing case law at Court of Appeal level, the authorities were not required to go to court to evict the occupiers.

If you consider that nationally there are roughly 60,000 refusals of homeless applications per year, and multiply that by, say, 3 months to recover possession through court proceedings and court bailiffs, you can get an idea of the scale of the problem.

Happily, from the local authority point of view, a majority of five of the seven Justices who heard the case agreed with Lewisham and Newham’s arguments. There were four main arguments that convinced them that the interim accommodation was not licensed “as a dwelling”.

First, they accepted that, in context, the use of the word “dwelling” required a degree of settled occupation or, in other words, establishing a home. In reaching that conclusion they gained assistance from previous case law under the Rent Acts and Housing Acts, as well as the Protection from Eviction Act 1977, as illuminating the relevant statutory policy. Lord Hodge, on behalf of the majority, stated:

“There is no reason to think that Parliament intended the word ‘dwelling’ to have a different meaning in sections on protection from eviction from its meaning in provisions relating to rent restriction and security of tenure. In Skinner v Geary [1931] 2 KB 546, Scrutton LJ (at 564) said that the Rent Acts did not protect a tenant who was not in occupation of a house in the sense that the house was his home.”

Thirdly, the licences granted by Newham and Lewisham were consistent with the limited and short-term nature of the interim accommodation provisions. These were nightly or daily licences which contained terms requiring the occupants to move at short notice.

Lastly, they accepted that the imposition of the requirements of the Protection from Eviction Act 1977 on interim accommodation would significantly hamper local authorities in their operation of the homelessness legislation.

Lord Neuberger and Lady Hale, the two senior Justices, delivered powerful dissenting judgments. In essence, they were of the opinion that “dwelling” carries its ordinary meaning and that “a temporary dwelling” is a natural use of language. The statutory purpose of preventing people from being summarily evicted or locked out from where they had been living lawfully favoured a wide interpretation. They would have held that the policy considerations relied on by the local authorities were an insufficient basis for departing from the ordinary meaning of the statutory language.

Six of the seven Justices held that the Human Rights challenge failed (Lady Hale expressed no view on this issue). The provisions of the homelessness legislation provided the answers: the homeless applicants had rights (a) to be involved in the decision making process leading up to eviction, and (b) to an independent determination of the proportionality of their evictions. In particular, the Court accepted a submission by the local authorities that section 204, Housing Act 1996 should be read compatibly with article 8 so as to permit the county court to consider the proportionality of a proposed eviction, as part of a section 204 appeal. They emphasised that it would take a very exceptional case for such a challenge to succeed.

Matt Hutchings, who acted as lead counsel for the local authorities, said: “As the dissenting judgments show, the legal arguments in these cases were not easy. Given the substantial resource implications and the serious pressures they are under, many local authorities will feel very relieved with the outcome.”

Matt Hutchings and Jennifer Oscroft acted for Lewisham and Newham. 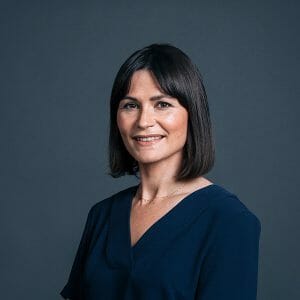