Martin Edwards provides an update on the growing significance of Neighbourhood Plans.

At our recent seminar in Birmingham we discussed the growing evidence that Neighbourhood Plans were not only here to stay but were increasing in significance. As a consequence, landowners and developers need to keep a close eye on emerging neighbourhood plans and to assess whether or not they have the potential to impact on development proposals. As further evidence of this, the Government yesterday issued a Written Statement to Parliament which spells this out clearly. It represents an important policy change and reinforces the role that adopted Neighbourhood Plans, as part of the statutory development plan, can play in decision-making. Gavin Barwell, the Minister of State for Housing & Planning & Minister for London announced:

“Neighbourhood planning was introduced by the Localism Act 2011, and is an important part of the Government’s manifesto commitment to let local people have more say on local planning. With over 230 neighbourhood plans in force and many more in preparation, they are already a well-established part of the English planning system. Recent analysis suggests that giving people more control over development in their area is helping to boost housing supply – those plans in force that plan for a housing number have on average planned for approximately 10% more homes than the number for that area set out by the relevant local planning authority.

The Government confirms that where a planning application conflicts with a neighbourhood plan that has been brought into force, planning permission should not normally be granted. However, communities who have been proactive and worked hard to bring forward neighbourhood plans are often frustrated that their plan is being undermined because their local planning authority cannot demonstrate a five-year land supply of deliverable housing sites.

This is because Paragraph 49 of the National Planning Policy Framework states that if the local planning authority cannot demonstrate a five-year supply of deliverable housing sites relevant policies for the supply of housing should not be considered up-to-date, and housing applications should be considered in the context of the presumption in favour of sustainable development.

This means that relevant policies for the supply of housing in a neighbourhood plan, that is part of the development plan, should not be deemed to be ‘out-of-date’ under paragraph 49 of the National Planning Policy Framework where all of the following circumstances arise at the time the decision is made:

• This written ministerial statement is less than 2 years old, or the neighbourhood plan has been part of the development plan for 2 years or less;

• the neighbourhood plan allocates sites for housing; and

• the local planning authority can demonstrate a three-year supply of deliverable housing sites.

This statement applies to decisions made on planning applications and appeals from today. This statement should be read in conjunction with the National Planning Policy Framework and is a material consideration in relevant planning decisions.

My Department will be bringing forward a White Paper on Housing in due course. Following consultation, we anticipate the policy for neighbourhood planning set out in this statement will be revised to reflect policy brought forward to ensure new neighbourhood plans meet their fair share of local housing need and housing is being delivered across the wider local authority area. It is, however, right to take action now to protect communities who have worked hard to produce their neighbourhood plan and find the housing supply policies are deemed to be out-of-date through no fault of their own.

On 7 July 2016, my Rt Hon Friend, the Member for Great Yarmouth (Brandon Lewis), extended for a period of 6 months the criteria for consideration of the recovery of planning appeals to include proposals for residential development over 25 dwellings in areas where a qualifying body has submitted a neighbourhood plan proposal to the local planning authority but the relevant plan has not been made (Hansard HCWS74). In order to allow time for the Neighbourhood Planning Bill to complete its passage through Parliament, and in the light of other potential policy changes currently under consideration, I am now extending that period for a further 6 months from today.”

Some local planning authorities may welcome the clarification on what is meant by “out-of-date” policies for the purpose of paragraph 49 of the NPPF and the three-fold test (including its reliance on just a three-year supply of deliverable housing sites) but it is not always plain sailing, as the outcome of the recent referendum in Swanwick, Derbyshire illustrates, where the Parish Council had prepared a draft neighbourhood plan. The independent examiner recommended major changes which the local planning authority, Amber Valley Borough Council, accepted. It was said that many of the policies set out in the plan were badly worded, confusing, undeliverable and not in conformity with the local plan. The Borough Council was legally obliged to put the plan to a referendum because the Parish Council did not request its withdrawal. The Parish Council and the steering group took the view that the plan as originally submitted had been drastically changed so that it “no longer represented the aspirations of the Swanwick community.” As a consequence, on a turnout of 26%, 85.5% of the local residents voted to reject its own plan. If nothing else, this demonstrates the tension that can build up between neighbourhoods and the local planning authority. It is worth speculating how, against this type of background, an inspector or the Secretary of State on an appeal can reconcile the desire of local communities “to shape their area” with the expectation that they should also accept “their fair share of local housing need” and ensuring that “housing is being delivered across the wider local authority area”. It may be no easy task and it certainly introduces more uncertainty. 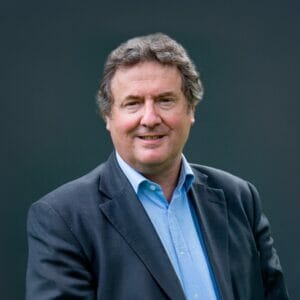