Alistair Cantor discusses the forthcoming implementation of the Renting Homes (Wales) Act 2016 on 01.12.22, which will impose significant administrative burdens and legal risks on any landlord operating in Wales.

The long-foreshadowed implementation date of the Renting Homes (Wales) Act 2016 is nearly upon us.  On 1st December the Act’s provisions will come into effect in Wales.  The intended effect of the Act is really rather radical.  In addition to introducing fitness for human habitation in Wales, the Act will largely abolish the old kaleidescope of statutory tenancies under the statutes it replaces – your assured shorthold, starter and secure tenancies.  It replaces them with ‘occupation contracts’ which will apply in the vast majority of residential lets, split into two main categories of contract: ‘standard’ contracts, which will apply in most lettings involving private landlords and can be either periodic or for a fixed term; and ‘secure’ contracts, applicable to most lettings by social landlords and always periodic.  The Act then provides for all occupation contracts to have standard terms incorporated into them: ‘fundamental’ terms, which can only be amended if in favour of contract holders (formerly known as tenants or licensees); ‘supplementary’ terms, which will be incorporated into contracts but can be excluded or amended by agreement; and ‘additional’ terms, which the parties are free to agree provided that they do not create any ‘incompatibility’ with the fundamental and supplementary terms.

Where the Act gets radical is in providing for these terms to be incorporated not only into new contracts, but into the vast majority of all tenancies and licences that exist as at 01.12.22, which will become on that date “converted” occupation contracts. In other words, the Act will have the retrospective effect of overwriting the landlord and tenant’s contractual arrangements for pretty much all tenancies and licences in Wales.

What is more, the Act will require all landlords to provide their contract holders with a written statement within 14 days of becoming entitled to occupy the dwelling.  It must contain and correctly state all the terms that apply to the contract.  The intention is that contract holders will thereby have a comprehensive reference text of the applicable rights, obligations, and termination procedures, instead of the present position where relevant provisions might be found only in statutes.

This obligation poses major implications for landlords.  This is because in any case where a landlord does not serve a written statement on time (or at all), serves an incomplete statement or an incorrect one, the Act grants a civil remedy to any contract holder.  In particular, they can claim for declarations as to what terms apply, orders requiring their landlord to serve a compliant written statement and for compensation.  It is unlikely compensation in any given case will be substantial – it is subject to a maximum of four months’ rent – but the Civil Procedure Rules that will govern allocation of such claims will preclude their allocation to the small claims track.  This means costs will follow the event and so the true sting in successful claims will be the contract holder’s lawyers’ bill.

While the Welsh Government has published model written statements, these will not be a panacea.  They only cover the three most typical scenarios of a secure contract, a fixed term standard contract and a periodic contract.  Even in those three typical categories, the model written statement may not meet the landlord’s needs.  The landlord may wish to amend terms where it can, a task which takes care to avoid falling foul of the Act, and any landlord using the fixed term model statement will have to give thought to the statutory periodic contract that will arise at its end.  Furthermore, while the Act’s aim is to reduce in number and therefore simplify the various types of residential letting, in reality its carve outs and provisions for special cases mean complexity persists.  For example, any landlord operating starter tenancy schemes, providing supported  accommodation,  or housing the homeless or minors, will need bespoke agreements ready to give contract holders after implementation date.

Landlords must similarly serve written statements for all ‘converted contracts’, within six months of the implementation date.  The more generous date for compliance is set off by the more convoluted rules that will apply to such contracts.  Landlords will have to apply the complex provisions from section 240 and Schedule 12 of the Act to work out what sort of occupation contract their tenancies or licences will convert to, which statutory terms will be imported, and which existing terms will survive post-implementation.  It is far from a simple process.

In short, any landlord this Act affects should be busily preparing for its implementation.  If they have not already sought legal advice on compliance, they may be well advised to do so, especially if they are operating a substantial portfolio of properties and/or offering special types of lettings.

The writer is one of several barristers at Cornerstone helping the Welsh housing sector prepare for the Act’s implementation. 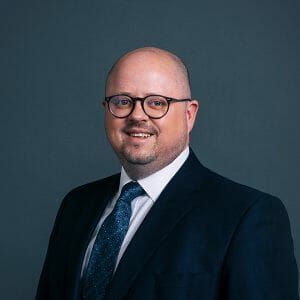