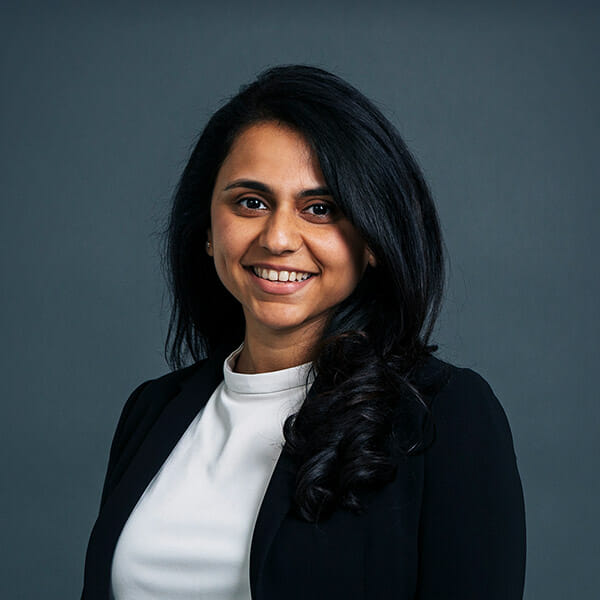 Ruchi has a broad public law practice with particular expertise in planning and environment, information, local government and election law. She is ranked as a leading junior in both environment and planning law (Legal 500), as well as “up and coming” in data protection law (Chambers & Partners).

Ruchi also has experience in a range of related areas including education, licensing, housing and property law.

Ruchi has an LLM from Harvard Law School, where she was awarded a Public Service Fellowship, and an LLB (First Class Honours) from the London School of Economics, where she won several prizes including two for best overall performance in the year. Ruchi was awarded the Stephen Chapman Scholarship from Inner Temple.

Ruchi’s previous experience includes human rights litigation in domestic courts in eastern Europe and southern and eastern Africa, and the European Court of Human Rights, while working at Interights. She provided advice and training to NGOs and has conducted workshops in Ukraine and Georgia on international human rights standards.

Prior to coming to the bar, Ruchi worked as a legal officer at JUSTICE for two years, where she led the civil justice program. Her work included co-authoring Delivering Justice in an Age of Austerity (with Sir Stanley Burnton) on the reform of the civil courts and tribunals. She continues to work on civil justice reform in a pro bono capacity.

Ruchi was an Associate Editor of New York University Law School’s legal blog, Just Security, and a Teaching Fellow at the School of Oriental and African Studies. She has also worked with Harvard Law School’s International Human Rights Clinic and the Constitution Unit (UCL).